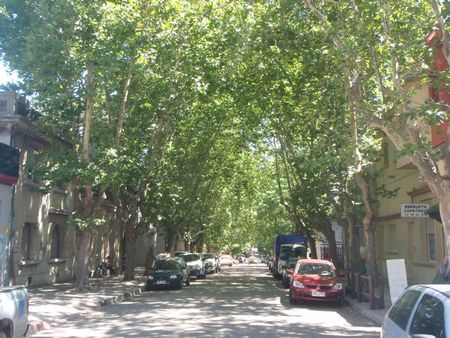 We had been here for 2 weeks, I was getting money late at night and a couple of guys who were watching me tried to circle me… I'm sure their intentions were less than honorable… I pulled out my blade told them I'd kill them, they took off…

One night I was coming home late from my favorite little bar down the street… Some guy came up, got in my personal space and grabbed me requesting cash… and I hit him until he stopped moving.

Both of these incidents happened late at night while I was by myself.

Chrystal is due to have Kaylee
anytime now so she wanted to walk down with me. I threw Zoe in our
Kelty Carrier and off we go… Again, we live in a nice area and it's the middle of the day; it's beautiful out today…

So in this part of South America there's a drug called Pasta Base (pronounced: pasta ba-say)…
It's a derivative of cocaine and makes crack look like candy and meth
look like a picnic… It's highly addictive and from what we've been
told, when someone gets on it they're completely gone in 6 months… We see them on the streets, we call them base heads… I don't know their official terms, but they're
whacked out of their minds…

We just had one try to mug us on the way to the feria with his bare hands.  Zoe's Kelty is
weighed down with an extra 20 lbs of crap for when she goes off to stay with friends
when Kaylee gets here… She wanted to ride in it… The Kelty is a ton better than pushing her through a stroller in crowds and such…

I shoved the guy hard across the sidewalk and told Chrystal to take
Zoe… She started to then stopped… The guy caught himself from hitting the ground and took a
few steps back, so Chrystal thought he was walking away and didn't take
her… The guy started to come back towards me…

Thank god I was in the Marines and we learned how to maneuver and fight
with a 60lb pack on our backs… So I squared up to the guy and was
ready to defend my family, I intended to kill him… My daughter was on my back, my pregnant wife was with me… I wasn't going to screw around.

I'm not sure how I looked, but it was enough to put some fear in that guy's eyes… and he started
to back up yelling at us (I'm sure it had something to do with my mom,
goats and apples… I couldn't make out most of the rest of the
words…)

We proceeded to back away from him and separate ourselves… And I got
Zoe ready to toss of my back if he were to try to come back (I have my
little girl and my wife there, I don't want to be in this situation…)

Behind us a construction worker (probably in his 50s, but stacked) was stopped on the
corner, had set his toolbox down and had his hardhat in his hand…
When we got closer to him he stared venting about pasta base and the
crazy kids and such and told us he was ready to come hit him with his hard
hat… 😉

I hope this serves as a lesson to Expats here and people all over. It doesn't matter how nice of a neighborhood you live in… Bad people don't stop at neighborhood boundaries…

From what we've seen and heard, these base heads usually don't carry a weapon… they just try to mug you with their fists and intimidation. One thing I will suggest is to give a hard shove and get up in the person's face, prepare to be violent… or run.